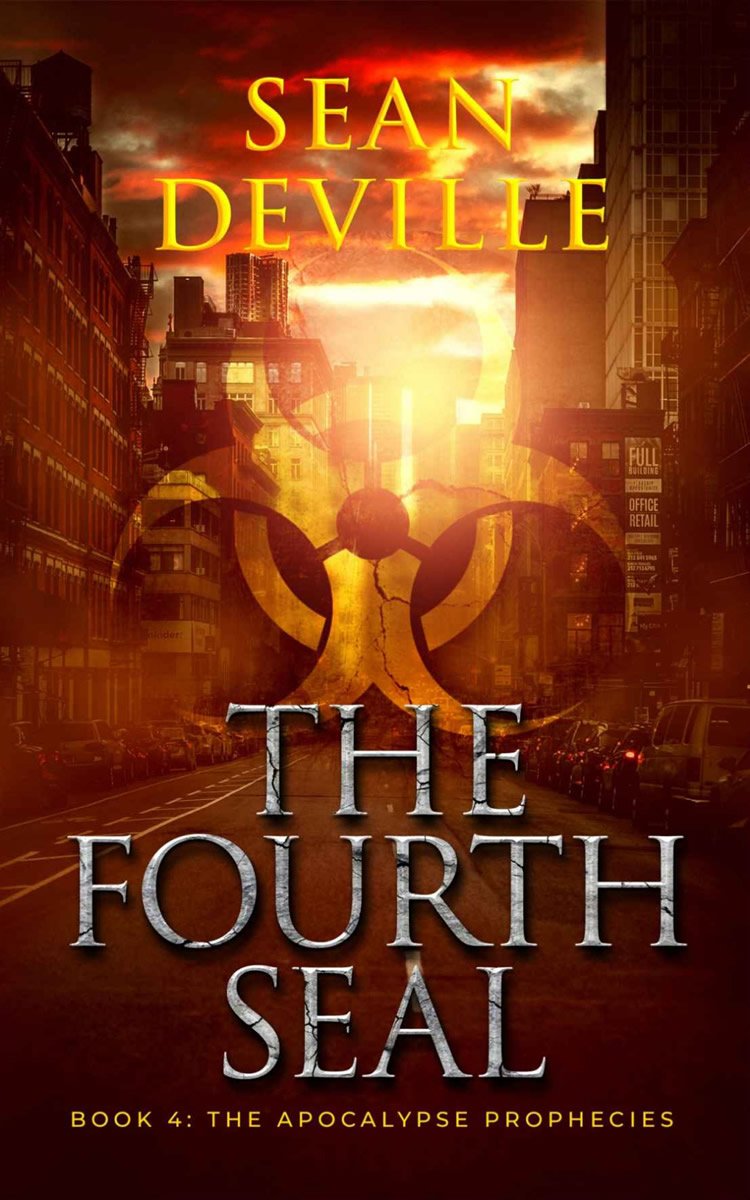 What would you do if you learnt that Satan and his demons were real?

The breaking of the first three seals has brought the threat of global war and famine.
But the Antichrist has another trick up his Satanic sleeve.
The breaking of the Fourth Seal represents death in the form of the worst pandemic humanity has ever faced.

The plan is clear. Destroy nation-states and bring the human population of the planet down to less than half a billion.

But there is hope, for a clue to the identity of the Antichrist has been revealed.
Can Lilith and the Inquisition combat the forces of evil, or will Giles Horn succeed in taking mankind to the very brink of destruction?

If the Antichrist succeeds, 7 billion people won’t stand a chance… and the innocent will suffer along with the guilty.

“The Fourth Seal,” is book 4 of a 7 book apocalyptic horror series recounting the final days of human civilisation.