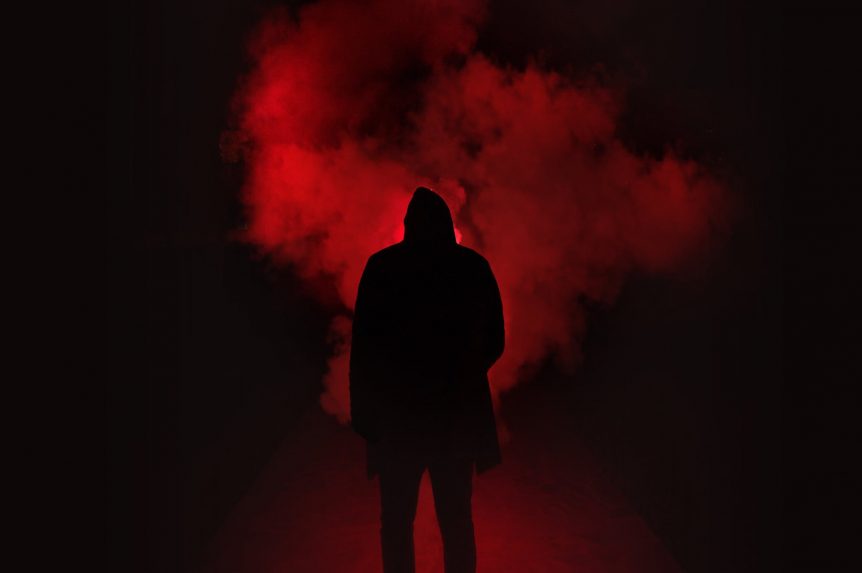 “You should have stayed in bed, old man.”

The body lay at the base of the stairs, still, lifeless.  Stuart knew the old man was dead, it was the only way things could have played out.  Listening, he could hear was none of the emphysemic breathing that he had heard from the man before his tumble.  In fact, he couldn’t hear anything at all, the house was quiet, so deadly quiet.

Even in the middle of the night, he should still have been able to hear the heartbeat of the city, the rumbling of distant traffic mingled with the breath of the sky.  But the house seemed to consume all noise, almost smothering the sound of his own heart which pounded in his skull.  His pulse wasn’t raised, the short confrontation with the old man hadn’t taxed him, hadn’t even bothered him.  The fact that he had just ended a life meant little.  It wasn’t the first time he had killed.  In Stuart’s eyes, the man was old; he would have died soon anyway.  Besides, the bastard got in his way.  He had simply been asking for it.

Stuart’s mind was troubled by something though.  There was nervousness lurking on the edge of his consciousness.  It wasn’t present yet, it was a thousand miles away, but it threatened to make the journey into his thoughts.   What was causing it though?  There had been something nagging at him all night, something about his client.  It was ridiculous really.  Stuart had a logical mind, superstitions and spectres were something for the weak willed to believe in.  The same went for religion.  There was a cold damp grave waiting for him at the end of his life, and that was it.  No afterlife, no resurrection.  If he believed anything else, he would be unable to do his job.  You couldn’t murder in cold blood and expect to go to seek God’s reward in the afterlife.

He did the jobs asked of him, but only on his terms, and only his way.  If somebody wanted something, then he would get it for them.  They would have to pay, through the nose, through every orifice in their body, but they could rest assured that the job would be done.  That was apparently why his latest client had come to him, with a job that was clearly beneath his talents.  Any young punk could have obtained the item, but the client had insisted that only Stuart was right for the job.

“Don’t be fooled into thinking it will be easy.  My Father will be there.”

“An old man doesn’t warrant my hiring,” Stuart said.  It was obvious from the client’s body language that he was leaving something out, something of immense importance.

“You don’t understand.  My Father isn’t somebody you should underestimate.  He’s a very dangerous man.”  Stuart had heard people described as dangerous before, but they always ended up under six feet of dirt and worms.

“So am I Mr Middleton.  And I am at my most dangerous when I feel that somebody is wasting my time.  I’m getting that feeling from you now.”

“I’m just warning you not to take him lightly.”  Stuart had looked at him with piercing eyes, trying to get the measure of the man.  Middleton had the look of someone who was in fear for his life.  That wide eyed tightrope walk on the edge of sanity. It was clear Middleton needed the object desperately.  There was no poker face here.  Before him was a man who wanted something, needed it with all his soul, but was too afraid to get it himself.  Stuart was always amazed how cowards ever prospered.

Stuart had paused for several seconds, burning Middleton with his eyes.  “You realise that if your Father tries to stop me, I’ll have to kill him?”  He was surprised with Middleton’s response.  A simple yes, as if Stuart had asked him whether he would like a cup of tea.  “And that doesn’t bother you?”

“I haven’t seen my Father in seventeen years.  His death will be no more traumatic than that of a stranger.  But you still must be careful.”

Well if Middleton senior had been dangerous, he wasn’t now.  That much was obvious, even in the dark.  Turning his attention from the corpse, Stuart made his way to the bedroom where he knew the object of such wanton desire would be found.

The house was a detached with four bedrooms, the old family home so Middleton had said.  Which was obviously how Middleton knew the buildings layout.  But knowing the precise location of the object (a book apparently) meant that he had known about it for some time.  Why only now did he seem to crave it?  What had changed in this man’s life that meant it was worth the death of his Father?  Stuart didn’t know, and if he was truthful he didn’t really care.  Once the job was done, that was the end of the matter.

My Father isn’t somebody you should underestimate.

Why did those words keep floating into the forefront of his mind?  Why should one old man fill Middleton which such wariness?  It didn’t seem to make any sense, which was why Stuart’s logical mind tried to ignore it as best it could.  He was a man of action and he refused to deal in fairy tales.

From the description Middleton had given him, Stuart knew the structural layout of the house.  Now working his way along the blackened corridor by the light of his mobile phone, his senses directed him to the old mans bedroom.  Two more steps, and the door was just to his left.  Stuart pushed open the door and swept the light briefly across the room, avoiding the windows.  He found the safe almost instantly.  His calculating mind had expected to find it locked and hidden, but instead it was wide open for him in the wall above a large antique desk in the corner of the room.  A desk devoid of anything except for dust and the passing of time.  Strangely the bed didn’t look like it had been slept in.  it didn’t even have any sheets on the ancient and soiled mattress.

Slowly, he made his way over to the safe.  Odd that it should be open.  It was almost like an invitation, drawing him towards the honey pot. He could clearly see the item Middleton had hired him for.  The box was unmistakable, just as had been described.  It was blackened oak, with symbols carved into the surface, symbols that he couldn’t read.  Reading wasn’t his forte anyway.  Death was.

His first shock of the night happened when he put his hands on the box.  Even through his gloves he felt instantly that it was cold.  He jarred his hands away, more out of surprise than pain, although the pain was there, that intense cold you get on a January morning, biting, unrelenting.  He rubbed his hands together, the ache slowly subsiding.  Stuart shone the light on it again, trying to fathom what could have caused the affect.  He touched the interior walls of the safe.  Nothing, nothing that could explain something that seemed colder than ice.  Something that cold should have at least chilled the surroundings, but it didn’t.  Only when he touched the box again, this time with his little finger alone, did the cold return, as intense as before.

Just because he couldn’t figure out why it was cold, didn’t mean the box wouldn’t be his.  Stuart took the rucksack from his back, and placed it on the desk. Opening his rucksack, he positioned it at the lip of the safe.  Withdrawing a knife from its sheath on his belt, he tried to nudge the box out of the safe and into the rucksack.  It wouldn’t move.

“You shouldn’t meddle with things you don’t understand.”  The voice was obviously behind him, but it seemed to cascade around the room as if bouncing off every wall.  Stuart turned and shone his light into the speakers face, brandishing the knife menacingly.  The old man stood before him, not reacting to the light that was shone directly into his eyes.

“I thought you were dead old man.”

“I am, I have been for some time.”  The old man took a step into the room.  Stuart’s hand raised the knife to ward the elder off, the knuckles white with tension.

“Well even dead men have to lie still sooner or later.”  He moved quickly, closing the space between them and plunged the knife up below the sternum before the old man could even blink.  But death didn’t speak.  Stepping back, Stuart saw that the old man was grinning.  The knife, seven inches of laser sharpened steel had come away dry.

“I am not to be the victim tonight,” the old man said.  “I’m afraid that dubious honour has been placed at your door.”  It was the dead mans turn to move. The spectre vanished from his sight, and then an arm, strong as a mechanical vice, grasped Stuart’s throat.  The touch was colder than the box, the pain like sharpened needles being pushed into the tender flesh of his neck.  Stuart felt himself being dragged backwards, his struggles ignored.

“You seemed very interested in the box.  Perhaps you would like a closer look.”  With those words everything suddenly became pain, everything in his life became concentratedagony.  His body was turned, and then all he could see was the box, the box without a lid.  There was no book inside as promised, only blackness, but a blackness that seemed to live and breath.  Now the cold bit into his face, as it was pushed closer and closer.  Then the blackness engulfed him.

“Welcome to hell,” he heard the old man say in his mind.  “This doorway was meant for Middleton, my son, as it had been for me.  But it appears he has found us someone more worthy of our attentions.  He has sacrificed you to save himself.  You were due to visit us anyway, but it will be far more excruciating for you to suffer the torment whilst still in your physical form.  Very few are given such an honour.  You should be proud.”  Stuart’s struggles had stopped, and through the panic of his own mind he realised something.  For the first time in his life, he was screaming.