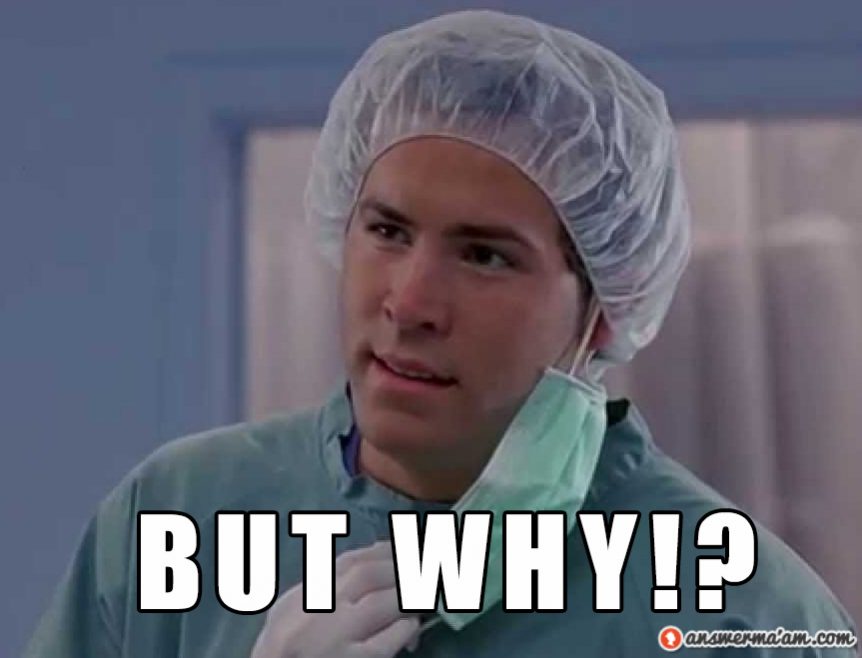 “I don’t have to tell you things are bad. Everybody knows things are bad. It’s a depression. Everybody’s out of work or scared of losing their job. The dollar buys a nickel’s worth, banks are going bust, shopkeepers keep a gun under the counter. Punks are running wild in the street and there’s nobody anywhere who seems to know what to do, and there’s no end to it. We know the air is unfit to breathe and our food is unfit to eat, and we sit watching our TV’s while some local newscaster tells us that today we had fifteen homicides and sixty-three violent crimes, as if that’s the way it’s supposed to be. We know things are bad – worse than bad. They’re crazy. It’s like everything everywhere is going crazy, so we don’t go out anymore. We sit in the house, and slowly the world we are living in is getting smaller, and all we say is, ‘Please, at least leave us alone in our living rooms. Let me have my toaster and my TV and my steel-belted radials and I won’t say anything. Just leave us alone.’ Well, I’m not gonna leave you alone.” – Howard Beale

I started this blog on the advice of a mate of mine. For some reason he now calls me “The prophet of Doom”. And the posts are a bit doom and gloom, but there is a purpose behind that. Now I could go on and list all that is wrong with the world, but I don’t really need to do. You know the score, you don’t need me to point it out any more than I have done already.

It was important to set the foundation that us Westerners are in a pretty precarious position. And it is easy, in times like this, to focus on the negative, which tends to bring more negativity. It brings bad questions that pop into your head like

The problem with asking yourself bad questions is you often reply with bad answers. What many of you forget is that you are living in the greatest time in human history. Don’t believe me? Ok, well let’s see:

– You have access to the biggest library and the biggest entertainment system the world has ever known. The internet can provide you with virtually any book, any film, any TV program, any speech, any piece of research, and any picture you could possibly imagine
– Despite what the newspapers tell you, you have access to free, universal healthcare (in the UK), something people in other countries pay tens if not hundreds of thousands of dollars for.
– Healthcare has made such advances that third degree burns can now be repaired with virtually no scarring using a spray made from your own stem cells. Doctors at the Mayo clinic have taken the early steps to curing cancer using a modified measles virus and the blind can now see due to microscopic cameras implanted into their eyes.
– The technology of the 3D printer has now given scientists the blueprint to colonies the moon by sending robots to the surface, which will use 3D printer technology to build the infrastructure for a future moon base using the very surface of the moon.
– 3D printers have also allowed a young engineering genius to design, for less than $250 replacement limbs for amputees. The same engineer is perfecting a cheap exoskeleton that will allow the wheelchair bound to walk…. An exoskeleton that is so discrete it can be worn under clothing.
– The science of human nutrition and our understanding of physiology is so advanced that athletes are reaching goals never thought possible
– Anyone, absolutely anyone can now write and publish a book using Amazon Kindle, or print on demand publishers like Lulu.
– The lifespan of rats has been doubled under laboratory conditions
– According to some scientists, the Singularity, the time when computing power and bioengineering finally allows mankind to transcend the limitations of our biological flesh is probably no more than 20 years away

But Sean, what about Deflation/inflation/Trump/ISIS/the economy/my rights that are being stripped from me/taxes/war/global warming/IRS/the Last Pope, antibiotic resistant superbugs, and the goddamn price of cheese?

Well what about them?

What about the economy? Don’t you realise that we need a recession, it’s essential. Where do you think most of mankind’s greatest technological achievements occur? They occur in time of pain. The economy will suffer, people will lose their jobs, but that’s the way things are. You shouldn’t fear it, you should relish it, because if you survive it you will be stronger, leaner and richer.

What about your rights? m What have you done, personally, to stand up for yourself? We were the ones who voted these maniacs in. We were the ones who sat back and let sociopaths bomb sovereign countries against international law. We are the ones who let them double, then triple the cost of government, accepting their hand outs and their idle promises of some socialist Nirvana that mysteriously never appeared

What I am trying to say is that we are due to face very trying times over the next few years, but what civilisation throughout history has not said the same. It is the nature of our existence, as humans, to face trials and tribulations. Life will kick you as hard as it can, and will kick you harder when it takes you to your knees. Your job is not to moan and complain, but get back to YOUR DAMN FEET, and spit in Life’s face with a smile on your face.

Everyone of you reading this will face a time in your life where you feel the world has come crashing down around your ears. And it is in these moments that your destiny is shaped, where the true measure of your character is tested, moulded and shaped. You will either curl up into a ball or you will stand tall and take the hits, and keep taking them. Do you want to be the detritus, the debris left over from a destroyed life, or do you want to be the Katana, strengthened by being heated and pounded over 20 times.

What, you mean I get to choose?

So let us look at where you are today. To be able to survive any WHAT, you need a big enough WHY. If you have a goal that you want to achieve, you have to ask why you want to achieve it. If its for airy fairy notions, you won’t make it. But if the reason is at your very core, your very being, then you will find away. If you eat, live and sleep your goal, you have a chance to get there.

Many of you are facing hard times over the coming years, and if your WHY isn’t big enough, you will struggle more than you need to.
But you also have to ensure that your job isn’t your identity, because if you lose your job, you lose your soul. So let’s ask some questions:

– Why do you do what you do?
– Did you choose this job or did it choose you?
– If money was not on the table and you were financially independent, what would you do with your time?
– What would you do if you could no longer do your primary career?
– And are you putting your job ahead of your health?

I merely ask the questions. I don’t for one minute pretend to know any of the answers. Because the only person who has the answers is you.
But perhaps it is time to find your WHY. Being ready for the coming storm financially is one thing. Being ready psychologically is another game entirely.