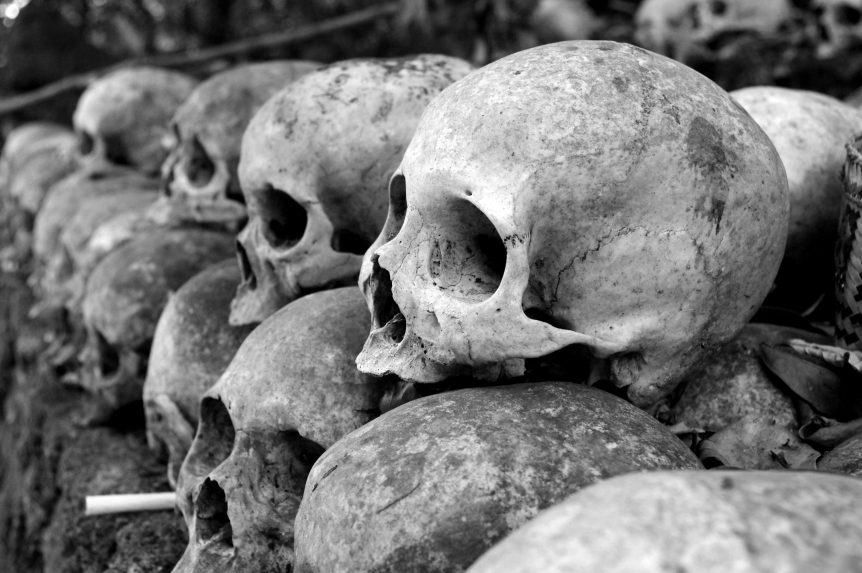 It sneaks up on you unawares, slipping through your defences like a hot knife through organic butter.  Not the fear of the primal beast (the lion or the tiger) but the fear that the gaggle of unwashed faces on social media will look at you and roar their condemnation.

I write this from the experience of a heterosexual white male….fear me.

Some of you fight back against the fear and stand firm.  You state what you believe and do not back down, even as the hate and vitriol is spewed upon you by faceless narcalepts (I might have just made up a word there) who pray for their endorphin rush as the smiley face or thumbs up emoticon appears to confirm their conformity to the norm.  Those who fight back are sometimes further attacked, called racist, called a bigot, called a fool and any other ism that comes to mind.

Sometimes this disapproval is justified, mostly not.  Al of it gives both them and you a feeling of significance, however.

Eventually, someone uses the word fascist, which desecrates the memory of the millions who died at the hands of true evil.

You feel battered and bruised, all for having expressed an opinion.  On politics, on religion, on meat, on Trump, on Brexit, on the price of fish, on immigration, on plastic bags, the written word and the hopeless fate of the lesser spotted newt.

The howling, mindless masses demand you apologise, knowing that such supplication will never be enough.  You said words knowing that it is impossible to give offence.  They read the words not understanding that to be offended is a choice.

You lose your job because you make a private joke about veganism, the wider masses never being shown the email you were responding to.

Some people see this and adjust their behaviour externally.  They stop speaking their mind and remove themselves from the debate, only daring to whisper their thoughts to those they trust in darkened corners over half drunk overpriced beer.  They wait, growing resentful in their hearts, waiting for their time to strike out, knowing that to break the law would mean their ultimate destruction.  So they pull down the wall, overthrow their oppressor and vote in a way the liberal elite cannot understand.

“Why did you not believe our promises?” the elite ask.  “You should believe what we tell you because we know better.”

And every one of you roars out a single word…

Society becomes fractured.  The left see hatred in everything that they disagree with:

Young minds having this shit forced into them by people intent on destroying everything that makes society work.

The right use this the madness to grow themselves in the darkness, able to hide under the rocks created by the insanity of political correctness, cultural appropriation and a news media that can no longer hide the lies it spews.  The right grow bold through co-opting the dissatisfaction and the disbelief of the working wo/man whose just trying to get through life, feed his/her kids and just try, somewhere to find some semblance of happiness without being branded as one of the “deplorable”.

The two sides get ever more polarised, most of us caught in the middle just wondering when this f*cking madness will end.  Just stop and learn to talk to each other without descending into a brawl you utter maniacs.

The right will never win out in this country, the fate of Moseley and his ilk should show you that.  But the left…their siren call is so compelling, which is why their ideology has killed so many in the twentieth century alone.

We need the freedom to explore ideas, to sit and debate and discover the FACTS without screaming ideologues and media manipulation that courts some unseen government and corporate agenda.  We need to be able to trust our institutions, but find them barren of honesty or morals, bastions of bureaucratic thought and purveyors of a growing level of oppression.

And as the weeks pass, another mine is placed methodically in your path with the very real hope you will step on it and give someone the chance to call you something that you are not.

This is why I believe apocalyptic horror is so popular.  It offers a way out of the insanity, a moment to consider what it would be like to start again.

They say we are privileged, we are, but not just the Cis White Male.  Everyone who lives a contemporary life in the West is blessed to live in the greatest time in human history.  And yet we are near the end of empire, which, facing no real enemy begins to crumble and collapse from within.  I will be there to see the fall and to ride the whirlwind as we begin again.