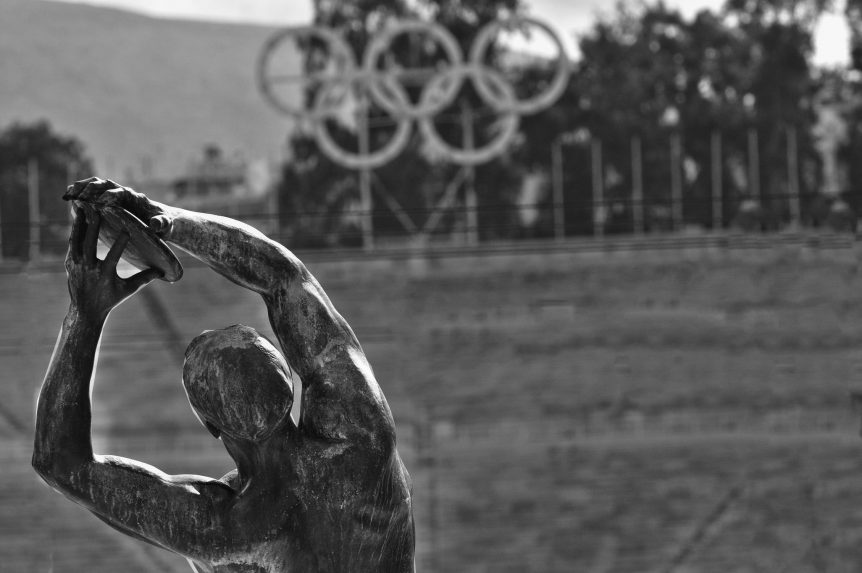 During the last Olympics we saw the curtain pulled aside ever so slightly. Behind that curtain was a glimpse of a world we could one day see, a world of achievement and passion. A world of honour, dignity and true compassion. It was a world where human beings could reach their true potential, should they wish, through hard work and guts.

Now whilst I haven’t watched the games, I had noticed the feeling behind it. And I noticed that the public on the whole felt immensely proud of the men and women who had achieved medal success. And many of these winners will go on to make millions through sponsorship and endorsements, and rightly so. They represent the peak of physical and mental excellence, and have managed to achieve what the average human can’t even dream of. And I believe that the average Brit looks upon these fine men and women and will not resent them their success.

If only the same could be said of the Brits opinion of the entrepreneur or the business owner. And you know, I think I know what this is all about.

If you look at an Olympic athlete, you just know that to get to this point in their life took absolute laser focused dedication. The average Brit knows this, and also knows, deep down, that they could never get off their arses and win the 10,000 meters. It is clear to them that they can’t win the Triathlon or beat Phelps in the pool. So when they see that person stood on the winner’s podium, there is no envy. Instead there is pride that “one of them” managed to beat the best in the world.

The reason for the success is clear. There is no illusion that “anyone” can win a gold medal. Only the very best can get there, and so the great British public watch with a teary eye, and stand aside without comment as the monetary success inevitably rolls in for many. Add to the fact that many of these winners are humble in their celebrity, modest in their achievements and morally strong in their character, means they end up being loved not hated. And this is a shining example of what a meritocracy is, where the results of your life are directly reflected by your skill, your dedication and your psychology. Those who work to get to be the best at what they do get the most rewards, whilst the mediocre and the inane get the scraps from the table.

As you can imaging, this is not an idea that would go down well with the Socialist mindset. Although the old Soviet Union used to rank top in the medal charts at previous Olympics, those athletes, upon returning home, weren’t adequately rewarded for their achievements. Not by present day western standards at least, because on the whole their achievement wasn’t seen as theirs, but was seen to belong to the whole of the Supreme Soviet.

What we see before us is what the peak of human potential is all about. To be the best, you often get one chance. A door opens, an opportunity shows itself and you have to take it. Because if you don’t somebody else will.

And of course, there is nothing wrong with not being the best. Only a select few can ever get there, so there is absolutely no shame with standing on the sidelines and cheering those who can on to greater glory. Unfortunately that must go for those who are financially successful through their own efforts just as much as for those who succeed through sport, the arts and other endeavors. In a true meritocracy the rich are admired, and modelled, for the accumulation of wealth is the one area of life where anyone can excel if they just apply themselves.

You can rightly call me idealistic and a dreamer, but I imagine a world where those who can do. Where systems are not driven by the need to tick boxes, but by the needs for efficiency and prosperity. I believe in a world where those who refuse (not those who are unable, let me make that clear) to apply themselves are penalised, whilst those who strive and achieve are rewarded. I believe in a world where the most vulnerable are protected through the power of our compassion, and where the violent and sociopathic are weeded out and segregated. The state should be there to protect the welfare of the people, and not to feather the nests of those who rise to the top of the political tree, many of whom are incompetent in the extreme.

In a true meritocracy taxation would be limited to those engaging in commerce as the infrastructure would be paid for directly by those who use it. The pharmaceutical companies would be forced, by law, to seek cures for disease rather than be rewarded for creating drugs and treatments that merely treat the symptoms. People would be responsible for their own actions, and lawyers would spend most of their time engaged in the resolution of contract disputes.

You would be free from the shackles of the state, and the social contract between you and the government of the day would actually mean something.

Needless to say I don’t see that happening in my lifetime. But we saw a glimmer of hope in our Olympic athletes and in the public’s perception of them. Whilst I can be critical of the countries hosting the games and huge financial black hole it usually creates, one cannot be critical of human achievement. One cannot be critical of someone having a dream and being all they can be. And even for those who didn’t get onto the medal podium, it’s still an achievement. To be there and to be classed as one of the best in the world. To be there and to let the whole country stand on their shoulders and forget (if only for a moment) the mortgage, the car finance, global cooling and the plight of the human condition.

So stand tall and stand proud. Wherever you are in your life, whatever darkness you thinks stalks your realm, know that you can walk outside and breathe in the miracle of life.  The apocalypse hasn’t happened yet, and probably never will.  Don’t complain. Don’t blame others for your own failings and don’t blame the system when you are one of the ones that allowed the system to create itself. Concentrate on what you want in life and focus on that, rather than focusing on all that is bad. When the thunderstorm comes, one person runs inside to escape from getting wet. Another person walks outside and dances in the rain.