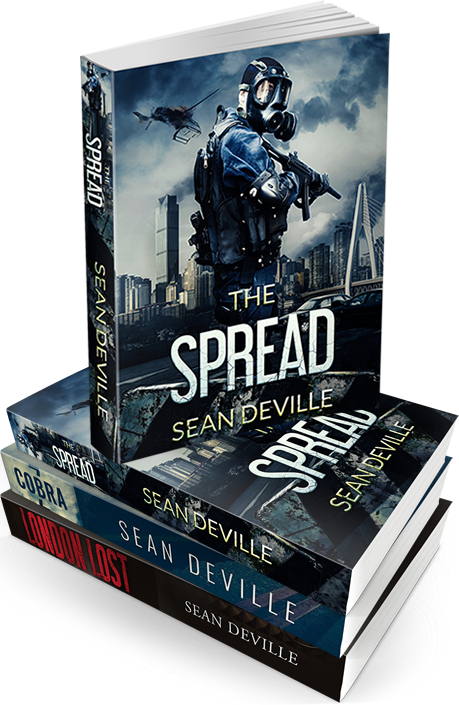 One of the things I’ve noticed with social media over the last year or so is that it has become progressively more toxic. No matter what you post, there seems to be someone, somewhere who will take offence or just feel the need to post sh*t in response. Twitter seems to be the land of the “I’m offended” crowd, whereas Facebook seems to be more the realm of the troll. That’s only my own experience, and I might well be wrong.

Most likely it is due to the relative anonymity that social media provides, which is why I found Twitter worse than say Facebook, the latter more an account of your day to day life. So much so that I’ve abandoned Twitter altogether. Although I didn’t get much “backlash” on that platform, the whole place just felt too angry and toxic and I never enjoyed engaging with anyone there.

Wait a minute, what’s this got to do with zombies?

Hold on, I’m getting to that.

Facebook has been a different education in the insights I’ve gleaned about human psychology. Whereas Twitter mobs can descend and destroy a Twitter users existence, I’ve not heard any cases of that happening on Facebook. Most likely, in my flawed and biased opinion, that’s down to Facebook having an older demographic. It doesn’t seem to be a place for the young, but that’s alright, the young don’t tend to buy my kind of books.

Which is a shame, because those without any life experience are unlikely to have any chance of surviving an apocalyptic event. The young already do stupid things, so imagine that mentality in a world filled with the ravenous undead or a deadly pandemic.

To add to that, those with a youthful outlook on life often feel they can change the world. Most of the time, when we grow older, we realise how naïve that thinking is in the most part and settle down to accepting that our countries are run by idiots no matter what we do. That might be the wrong approach, but I’ve seen enough grey-haired activists in my time (who have achieved nothing) to realise that it is inevitable for us to spiral down to that point of no return where the civilisation becomes none viable in its existing form.

All civilisations go through this eventually, and now we find ourselves in a global civilisation that is totally interconnected.

This I feel is where the intoxication of apocalyptic fiction comes from. It’s like a trial run for what many of us think is coming, a training manual if you like for how to survive the end times.

Oh yes. So as I’ve said, what I’ve noticed with Facebook is a tendency for people to troll rather than insult. This generally occurs more on the adverts I’ve placed for my books than the posts on my author’s page. The trolls and the unhelpful comments come in different categories:

1) This isn’t scientifically possible – I’ve had that a few times with my zombie fiction. People seem to forget what the word fiction means, and think that the physical laws we presently live under should apply to fictitious worlds that are spawned from the depraved minds of apocalyptic authors. Obviously zombies get the brunt of this because science tells us that the dead can’t walk. They seem to forget though that this is the whole point of the zombie…it gets up unexpectedly which is why humanity has such a hard time dealing with it as there are no systems or procedures in place to deal with a corpse that suddenly jumps up and starts eating people.

2) It doesn’t meet their religious world view – With my latest book series, I’ve had a lot of comments from both Christians and Atheists. The Christians are somehow either offended that I’m writing about the Antichrist OR they think my books are a goddamn treaties on the coming Tribulation. Dudes, it’s horror fiction, chill. It never claimed to be real or accurate. The atheist’s comments can be the worst though, screaming bile over the ether at anything that seems to support the existence of God. When you point out, again, that it’s horror fiction, some of them get it.

3) Angry that my advert is appearing on their thread – this is the weirdest bunch yet. You realise Social Media is free right, which means they have to sell advertising? You realise you can just hit a small X with your mouse and the advert will go away forever? And you realise the advert is being driven by an algorithm that drives the advertising to you based on your own browsing habits? Do I also need to mention most browsers have extensions that allow you to block adverts on social media?

4) Angry personal messages/Amazon reviews – I’ve had a few of these. One person messaged me to say he hated how the last book in my trilogy ended and that he would never read my work again. That was what I surmised by the nearly 1000-word message he sent me (at least that was what it seemed like). This is actually a valuable lesson in life – if you go into something with an express expectation, you will invariably be disappointed.

As for Amazon reviews, as an author, I just have to accept that the one stars are going to happen. You can have a best-selling author with a thousand 5 star reviews, and even they will get someone who hates their book so much that they actually go out of their way to tell the world their contrarian view.

Zombies are not scientifically possible, but that doesn’t matter. What matters is writing the story so that the reader forgets that. And I hope, in my time, I’ve managed to do that. There’s only one person who can attest to that though, you the valued reader.