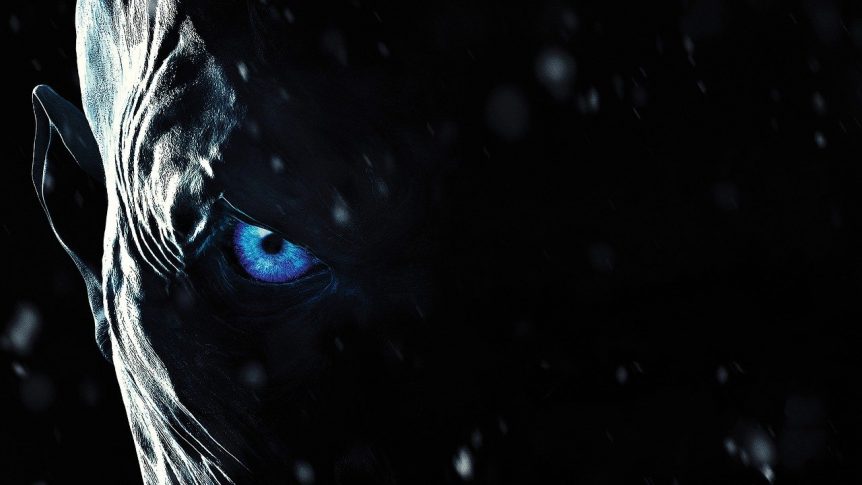 There are a load of spoof videos on YouTube at present, showing GRR Martin procrastinating. There are also a host of memes about it, which reflects the disappointment of the fan base.

Every time someone moans about GRR Martin not finishing his books, he eats a strip of bacon.

Look, I don’t know why he hasn’t finished his Game of Thrones series. Some people are angry, others are just resigned to never seeing his vision complete. Martin is no spring chicken, and even if he has made progress on “The Winds of Winter,” it is highly unlikely that the final book will be released while he is still alive.

And yes, I’m sure a ghostwriter will step in to complete the series using the extensive notes that Martin and his team have. It might be able to match his writing style, as occurred after the death of Clancy and Eric Von Lustbadden, but hard-core fans will likely be able to tell the difference.

Will it matter in the long run? Probably not, but people like to moan and complain. Let me be clear, that’s not what I’m doing here. GRRM has a unique writing style that people like and it’s up to him how he goes about it. I do think part of his problem is an inability to say “NO” when people offer him deals and projects and money.

It is easy for us to sit in judgement, to scold him for his procrastination, but sometimes we just have to accept that life gets in the way of writing. Unless you sit in his shoes, you really don’t know what obstacles have been thrown in his path. And yes, I realise the WOW was supposed to be released over ten years ago, but it is what it is.

I’ve always been of the opinion that writers don’t even create their stories, especially those who are pantsers (authors who don’t plan their stories and just see what develops). To me it seems like we are more conduits, pulling these merry tales from the ether in a way so that you, dear reader, can enjoy them. Its happened too many times for me to even count where some random event mentioned at the start of my book series turns out to be essential for the story later on, and without that being planned.

I’m sure there is a logical explanation for that, but I’m not a scientist. I’m just a writer, sat by a lake, trying to depict a fictional way for how the world ends.

And the idea for my next book (series or standalone I’m still not sure) has finally gelled. I started it weeks ago, but it never felt right…until now. Now I have the first scene, the way to start the book off and introduce the flawed and broken protagonist.

The villains of this happy tale, I have also solidified. You won’t like them, in fact I hope you will come to despise them and the nefarious things they do.

And if it is a series, I promise to get it out as quickly as possible…instead of keeping everyone in suspense.

Keep your eyes peeled, and if you want updates on when the book will be out including cover reveals, then join my Facebook group at: