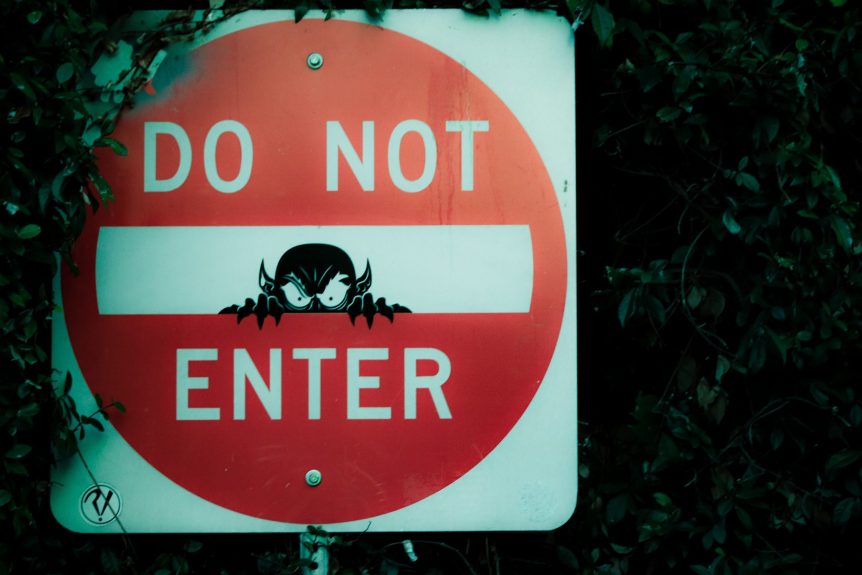 Warning – this post if filled with biased and flawed opinions. If you feel yourself getting triggered by something I have said, ask yourself why you would voluntarily give me that power over you? There is no absolute truth here, just the random musings of a barely sane mind.

You can’t really have apocalyptic and post-apocalyptic fiction without an exploration of evil.

The thing is, evil only exists in the presence of a conscious choice. A zombie isn’t evil, they are just driven by an overriding impulse. In fact, most of the none human villains are probably devoid of evil because they know no other way or exist in a completely different experience.

Aliens – Are you evil for putting poison down to kill rats in your basement? No, so in that perspective are aliens, 20,000 years ahead of us evolutionary, evil or do they just view us as a nuisance that needs to be removed.

Demons – Created by Satan, some would say they are the epitome of evil. I’m not so sure and they themselves would probably debate the point. In Hell, there are none of the characteristics that we would assume to be good. All they know is pain and suffering and so, when you think about it, are traumatised creatures made out of pure misery. Even Satan (not Lucifer, they are two separate entities) is probably more possibility than pure evil. In the universe where Satan exists, humanity is always given the choice to bow down to him.

Vampires – depending on which lore you follow, vampires are hyper intelligent immortal beings who can survive only on human blood. And while there is an argument that “meat is murder” I don’t think the majority of you would think that eating a fast food burger was evil.

Pathogens – The mainstay of many an apocalyptic novel, viruses and bacterium are not evil. They merely exist to reproduce, a pointless part of nature whose sole purpose is to deliver disease. Now in my Necropolis trilogy, the virus did manifest as a hive mind intelligence, but even that wasn’t evil for there was no other way for it to act.

In my opinion, evil requires conscious choice from established options based on civil consensus. Evil could well be a purely human phenomenon because it is humanity that ascribes the label of evil onto beings and actions. So here’s a question… is there evil without human consciousness? It’s the old tree falling in the forest conundrum.

Evil may well be a manifestation of bias and perspective.

There are some who proclaim that fossil fuels are evil and that renewable energy are the only option, ignoring the child labour that is used to dig the cobalt out of the ground so the solar panels can be built. There are some who will proclaim that the fur trade is evil, rallying support via their smart phones that are made in Chinese sweatshops. There are others who denounce country X while ignoring the activities of country Y.

A gunman killing children in a school shooting is evil, but a President ordering the drone strike on a school is a necessary act. Saddam Hussein gassing the Kurds was evil, but Western sanctions causing the death of half a million Iraqi children…well we’ll just ignore that. The Nazi’s and the death camps are the height of evil, and yet the 60 million who died under Mao, and the tens of millions who died under Stalin are barely mentioned. The Swastika is a beacon of hate, and yet the hammer and sickle is seen by many as a beacon of hope.

Evil is inherently contradictory, but at its height, it is humanity that is the chief perpetrator of such acts. And that’s why the best villains have to be flawed, conflicted and filled with doubt. One day I hope to master that aspect in my writing.