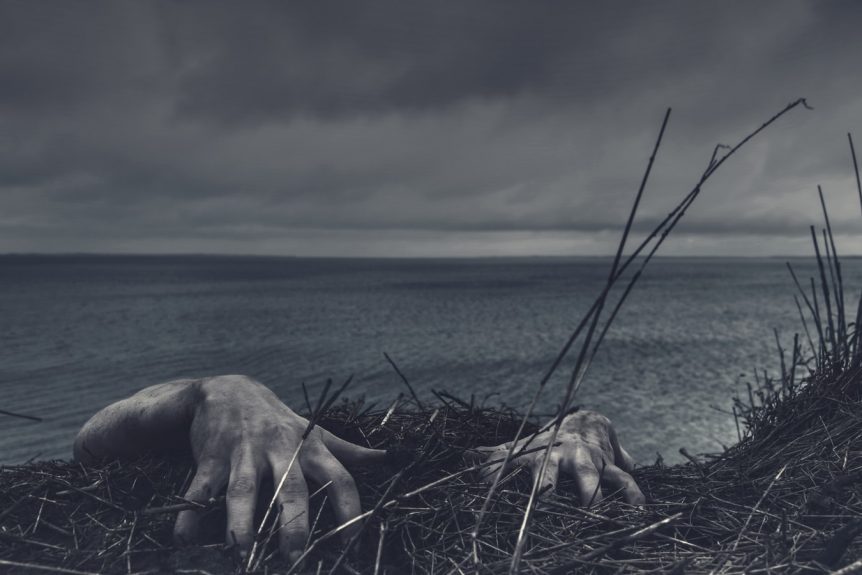 The following contains mindless twaddle that many people will disagree with.  Please remember this blog post is just one opinion.  I am more than willing to accept when I am wrong because I often am 🙂

So what is the problem with zombies?

When they first started, zombie movies, in particular, weren’t really about “The Undead”… they were about Voodoo.   From the first zombie movie, “White Zombie” published in 1932, it wasn’t really until the 1955 film “The creature with the Atomic Brain” that zombies actually became resurrected corpses.

There then followed a series of mediocre films that often combined zombies with alien invasions (Plan 9 from outer space, The Earth Dies Screaming etc).  Zombie stories tended to reside in the trashier end of Hollywood.

However, it wasn’t really until George A. Romero ( Night of the Living Dead) came along that the classic zombie became a cinematic icon.  With the exception of some low budget numbers as well as foreign language films, this was likely the first film that depicted the dead rising up to begin the apocalypse.

And then it was off to the races, the genre maturing through several variations.  Here is a quick timeline with some associated films

So here is my problem.  Most of the films out there follow this pattern:

Very few (with the exception of films like World War Z and Resident Evil) actually spent time on the outbreak AS IT OCCURS.  The origins of what causes the outbreak are often unknown or merely hinted at, and I think that this takes away a lot from the potential of the genre.  The standard format can become tired and dated in some peoples opinions.  The other issue, and I’m sure you’ve noticed it, is that the characters in these films often die in needlessly pointless ways.

So when I started writing zombie fiction, I wanted to try something different.  If you ever get a chance to read the Necropolis Trilogy or The Lazarus Strain Chronicles, you’ll notice I spend a considerable amount of time in the event as it happens, rather than dropping the novels in after the event.  The books also bring in different aspects other than the undead.  That was never intentional, but the story goes where it goes.

The other issue with zombies is that you can’t build a character around them.  They are mindless automatons who react to limited stimuli, so there is no way to build charisma or character into them.  The same goes for “The Infected” trope, which I personally feel should be held separate from undead fiction.  I don’t know if I’m right to say this, it’s just a feeling I have.  So the character development has to be based on the survivors, and you quickly figure out who is going to live and die.  That was something The Walking Dead dealt with well, beloved characters being slaughtered at the drop of a hat.