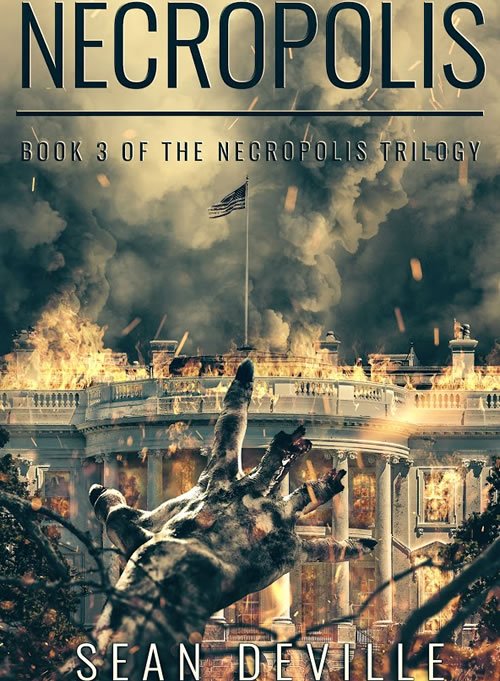 As the virus spread across the globe, the world slept on, oblivious to the threat that was about to be unleashed upon it. And as the armies of the Horsemen threaten Europe, a new force joins them in the destruction of humanity.

In Britain, the survivors from the devastated MI6 building flee to the only safe haven left in the now quarantined country – the military stronghold in Cornwall. With their walls, and their tanks and their guns, will the last surviving remnants of the British Armed Forces defeat the slaughter hurtling towards them through the roads and the streets and the fields, or will they be washed away by the devastating force of the Infected.

Who will live, and who will die when the Infected arrive? And what kind of world will be left when the smoke clears? Will humanity prevail or will they be cast aside by the force of Abrahams insane gift to the world?

So begins the final battle of the Necropolis